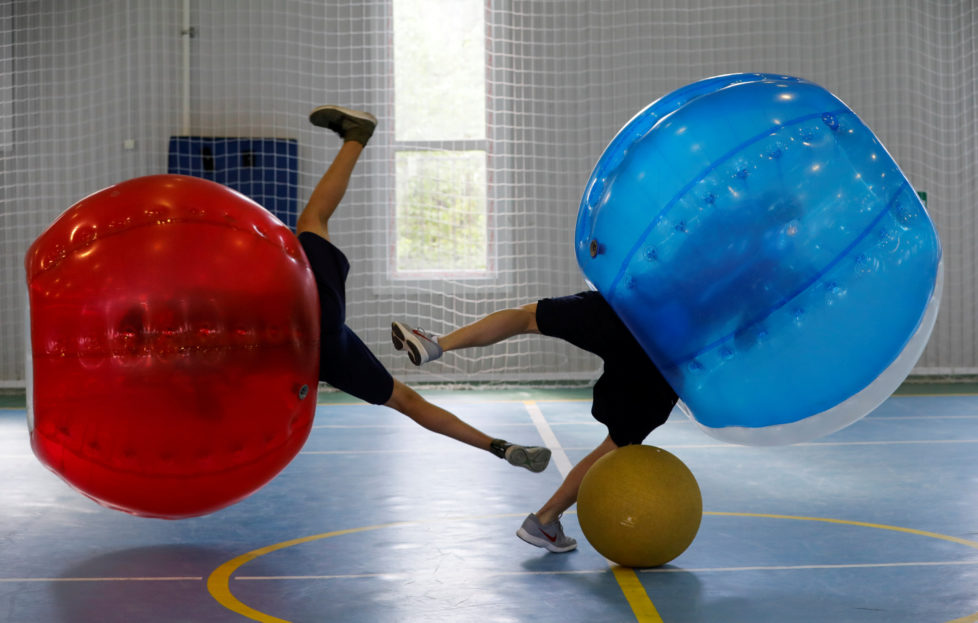 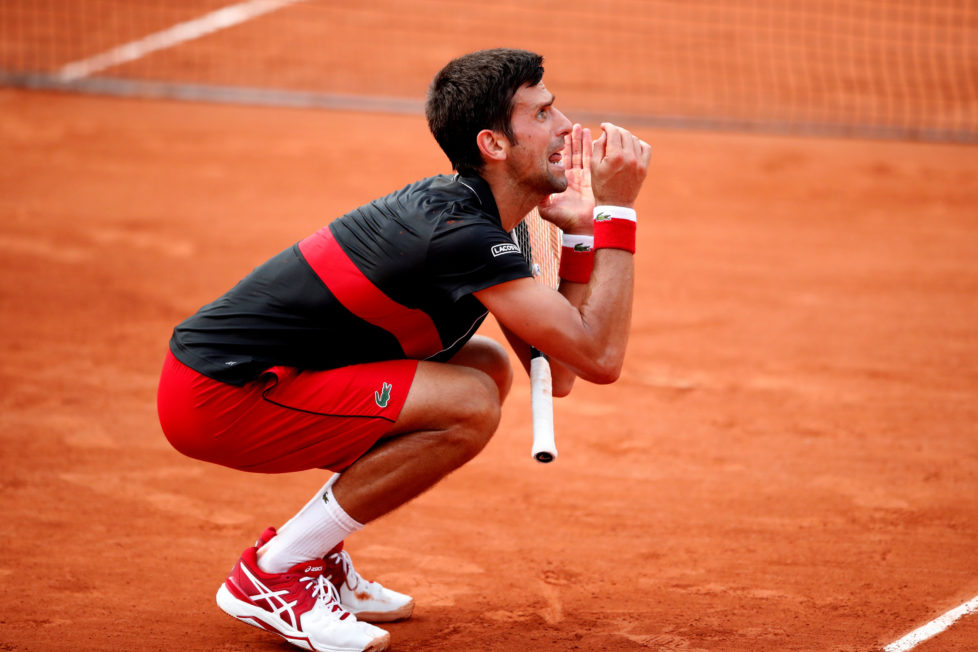 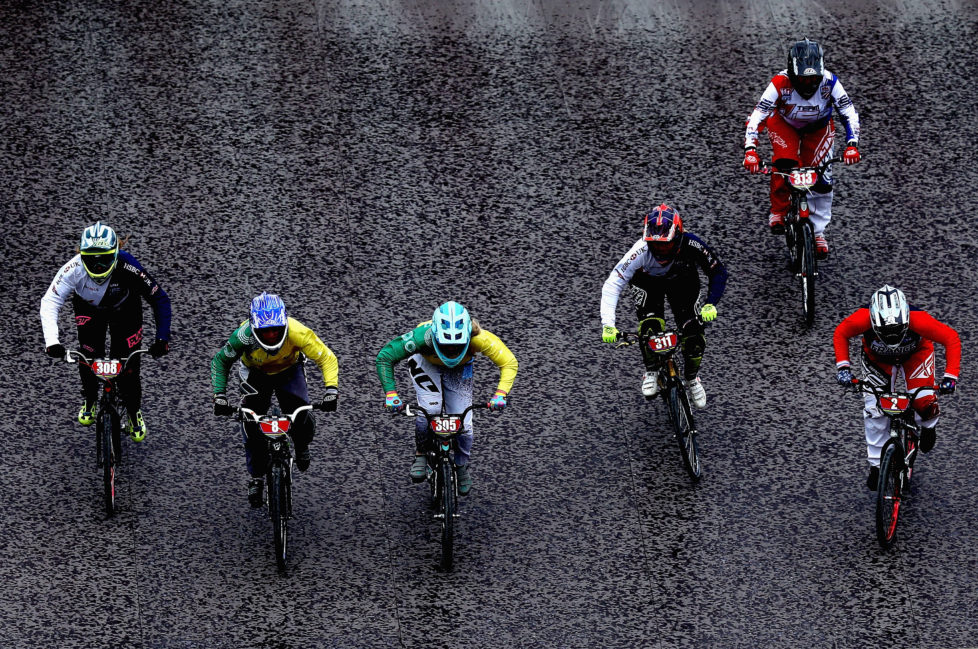 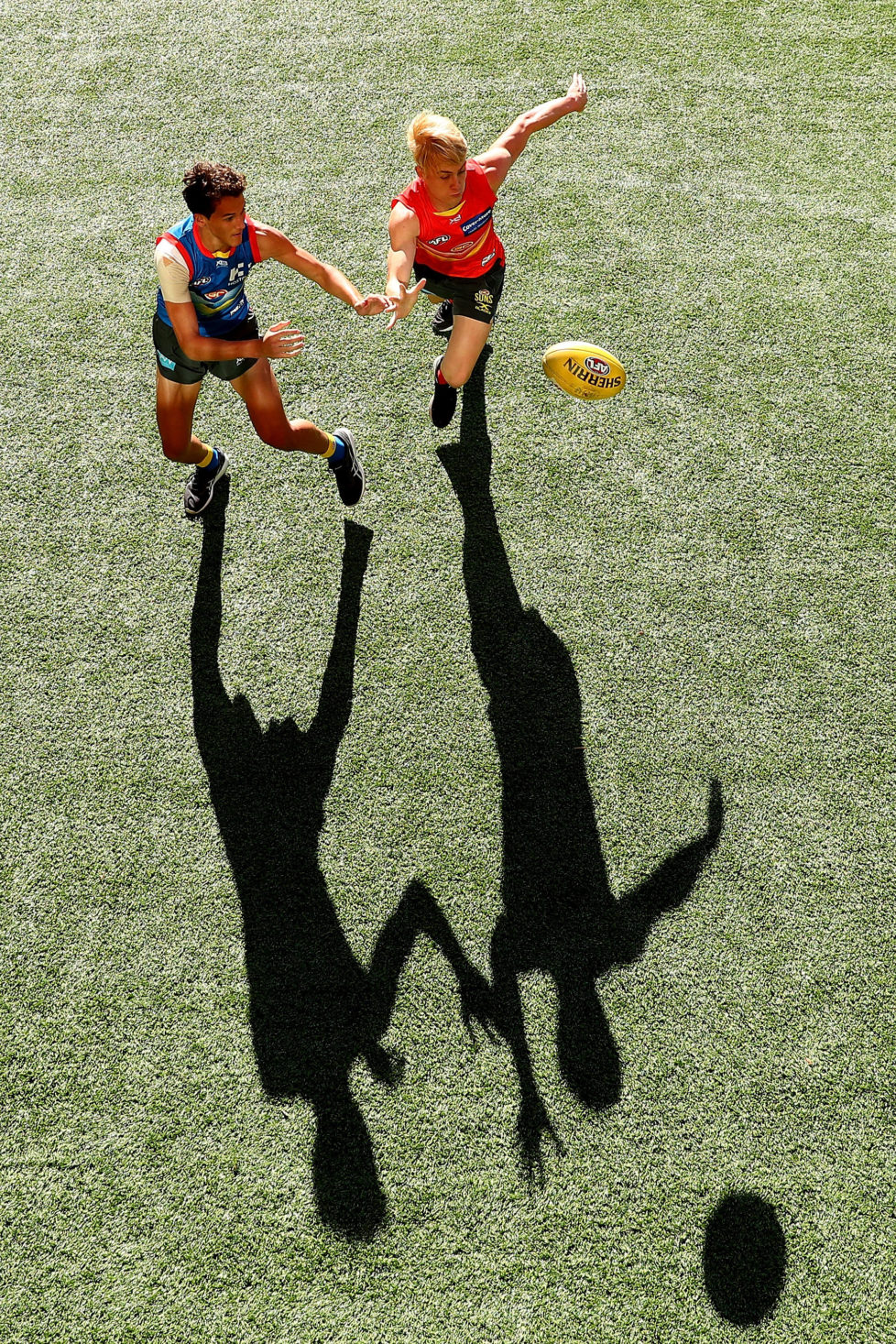 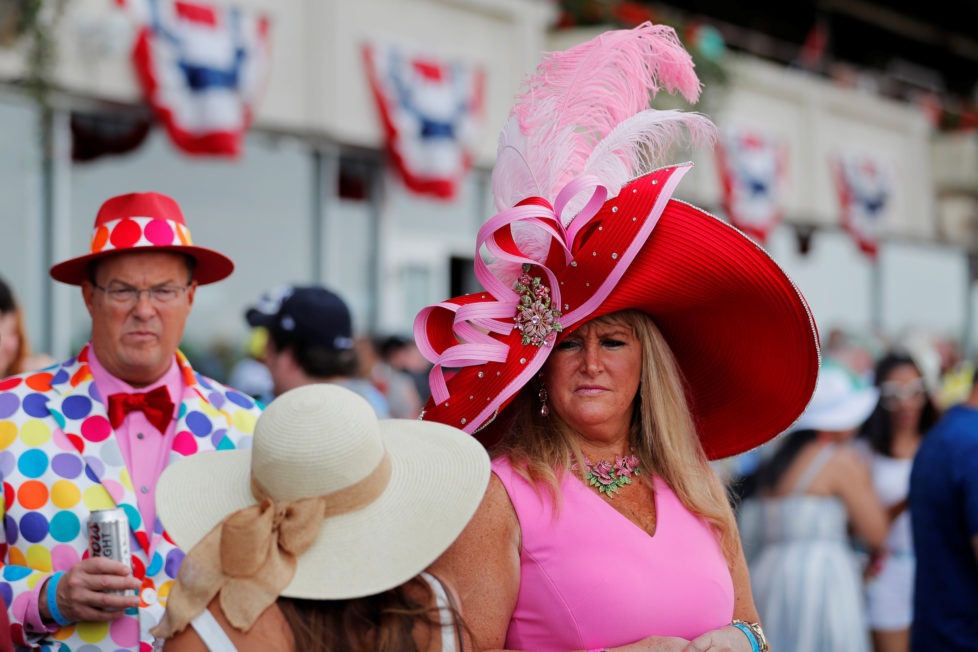 Racing fans wearing hats sit in the stands during the 150th running of the Belmont Stakes, the third leg of the Triple Crown of Thoroughbred Racing, at Belmont Park in Elmont, New York, U.S., June 9, 2018. REUTERS/Lucas Jackson

A thoroughbred, its trainer and exercise rider are reflected in a mud puddle as they walk back to the stable after a workout at Belmont Park, Tuesday, June 5, 2018, in Elmont, N.Y. Justify will attempt to become the 13th Triple Crown winner when he runs in the 150th running of the Belmont Stakes horse race on Saturday. (AP Photo/Julie Jacobson) 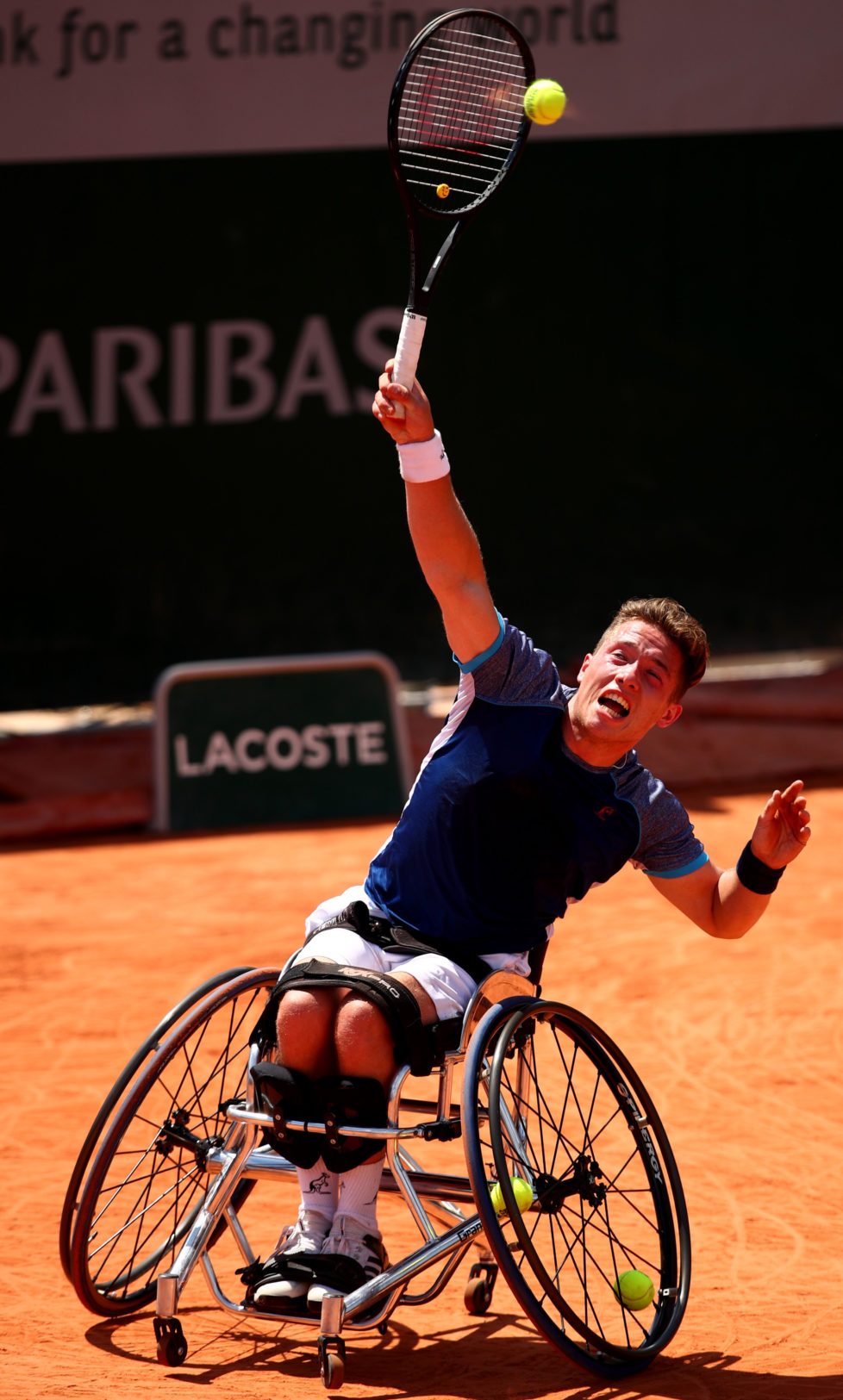 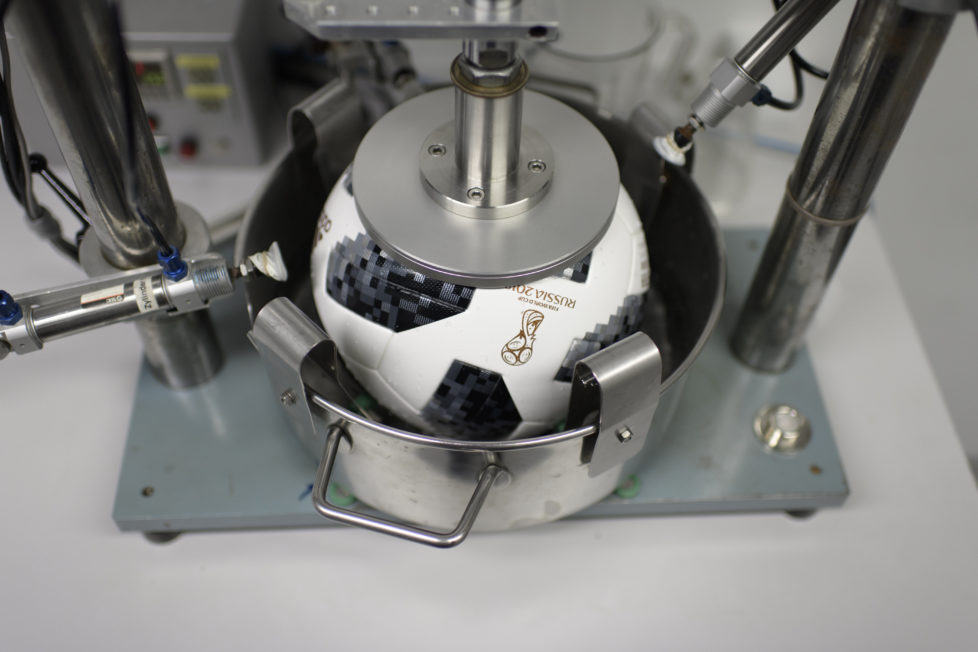 The official soccer ball „Telstar 18“ for the 2018 Fifa world cup in Russia is tested in the Swiss Federal Laboratories for Materials Science and Technology EMPA, on Tuesday, June 5, 2018, in St. Gallen, Switzerland. During the test pictured, the ball is pressed 250 times into a water tank to ensure that it only absorbs a minimal amount of water. (KEYSTONE/Gian Ehrenzeller) 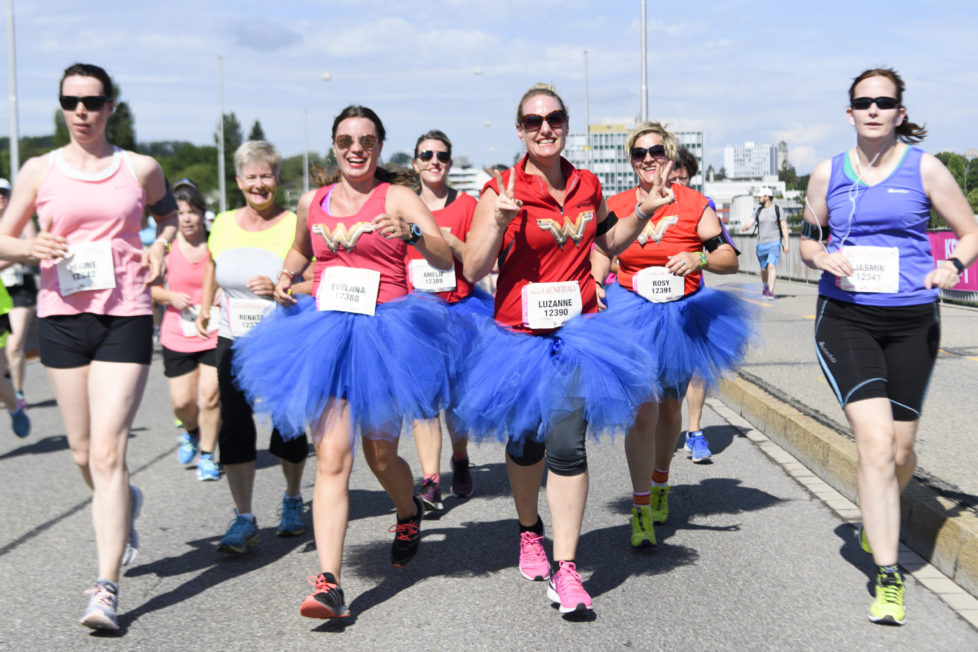 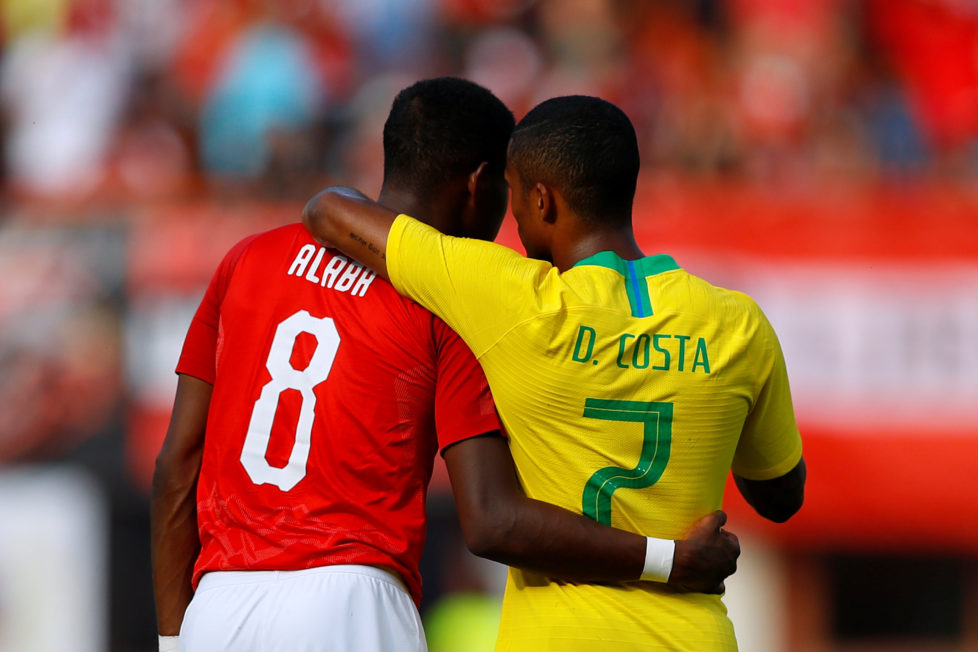 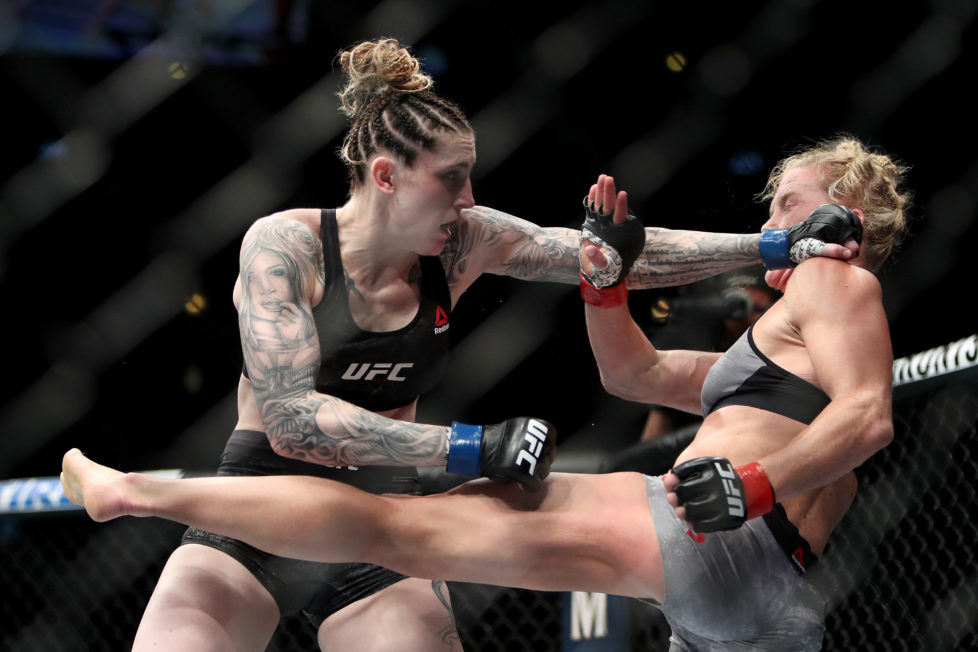 CHICAGO, IL – JUNE 09: Megan Anderson of Australia (L) attempts a punch against Holly Holm (R) in the fourth round in their featherweight bout during the UFC 225: Whittaker v Romero 2 event at the United Center on June 9, 2018 in Chicago, Illinois. Holm won by unanimous decision. (Photo by Dylan Buell/Getty Images) 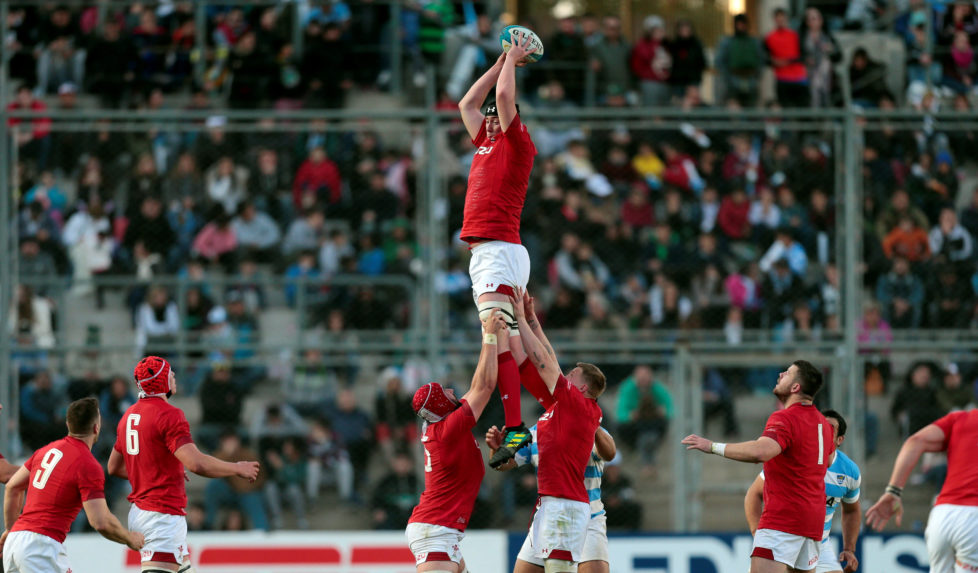 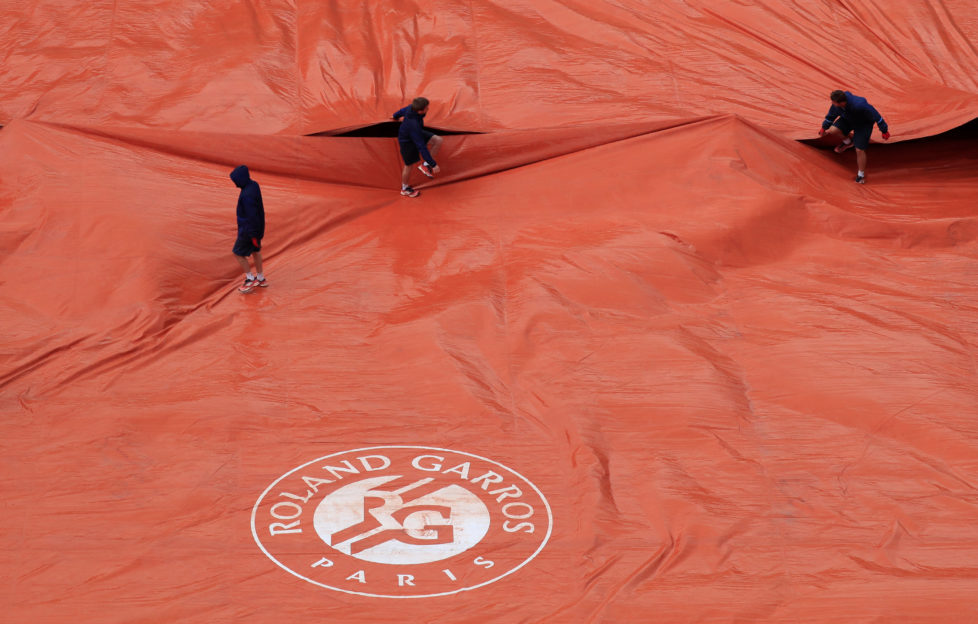